With a little less than a week until the summer transfer window shuts, every Premier League team could use at least one more piece to make their team better. We at 32 Flags figure out what each team needs if they want to make themselves a better team this season, starting with Arsenal to Manchester City.

What They Need: A Top Class Striker

Arsenal may be on the cusp of bringing in a striker, but by all accounts, he is a Plan B. Arsenal need somebody that can be expected to be on the pitch every game and putting away nearly 20 goals a season. This is a must if they want to win the Premier League anytime soon.

What They Need: An Experienced Center Back

Bournemouth need some defensive stability. They have yet to keep a clean sheet and have allowed four goals so far this season. One can argue that two of the goals against Manchester United were down to comical defending, so an experienced defender who can help solidify that defense would be immense. 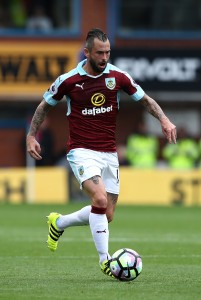 BURNLEY, ENGLAND – AUGUST 20: Steven Defour of Burnley in action during the Premier League match between Burnley and Liverpool at Turf Moor on August 20, 2016 in Burnley, England. (Photo by Jan Kruger/Getty Images)

What They Need: Additional Firepower

If the game against Liverpool showed anything, it’s that this team can defend resolutely. Steven Defour also showed he was a great pickup in that match. Now, they need some more attacking impetus, because not every game will go like the Liverpool one. They will need to occasionally be on the front foot.

What They Need: A World Class Center Back

The fans have been crying out for it and Antonio Conte has listened. They have made moves for several different center backs this summer, though none have come off yet. In order to adopt the high line that Conte usually enjoys playing, they will need faster defenders than Gary Cahill and John Terry currently are capable of being.

What They Need: A Winger

Bringing in Christian Benteke was a great move for Crystal Palace, but now they need to supply him. If his stint at Liverpool showed us anything, it’s that Benteke needs wide support and the sale of Yannick Bolasie leaves them lighter in that position. Bringing in a winger that can whip in crosses to the big Belgian would help Big Pards save his job.

What They Need: A Big Name Signing

Usually, we don’t endorse signing a name for the sake of it, but this is a case that calls out for it. Everton have been boasting of the massive amount of money they now have the whole summer and have yet to sign one of their big, big targets. For the summer to be successful and to bring them to the next level, they need to close one of these deals.

What They Need: More Players, Any Players

Currently, Hull City have 23 players registered to their Premier League roster. Six of those players are currently injured (4 of those longer term), leaving them with a player pool of 17 players available to play. That’s right, they don’t have enough players to have a full bench. Even if they need to start pulling fans onto the pitch, get some bodies.

What They Need: A Dominant Attacker

Leicester are a great team on the counter. This worked to their advantage last season in the Premier League as teams would often press higher against them. What we have already seen this season, however, is that teams are sitting a bit deeper to watch out for the counter. Now, Leicester need an option to take on games like this. A player that is good in tighter situations and reacts well against parking the bus. 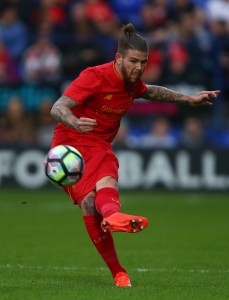 BIRKENHEAD, ENGLAND – JULY 08: Alberto Moreno of Liverpool during the Pre-Season Friendly match between Tranmere Rovers and Liverpool at Prenton Park on July 8, 2016 in Birkenhead, England. (Photo by Dave Thompson/Getty Images)

What They Need: A Left Back

This position has been called on for awhile, with Alberto Moreno heavily criticized for his defensive displays. As mentioned in a previous article, though, an older, more defensive-minded left back who can act as a mentor to the young Spaniard may be just what the doctor ordered to solidify Liverpool’s leaky defense.

What They Need: A Long-term Replacement for Vincent Kompany

This may seem crazy, but he’s not a spring chicken anymore. In John Stones, they have a great young defender, but he was brought in as a partner to Kompany. The Belgian’s body has been failing him in the last few seasons, so it may be time to begin considering life after Vincent. If this is to be John Stones, then perhaps it would be wise to begin looking for his long-term partner.