Chuck Blazer’s testimony to the federal government has been unsealed and revealed to the public. Blazer, the man who became an informant which led to the FIFA corruption scandal, was indicted due on tax evasion charges by not declaring income from 1992-1998. 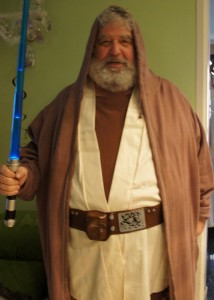 The testimony is located here, but in case you don’t feel like reading a 40 page testimony (really the final 10 pages or so are the juicy bits), we’re here to summarize.

Blazer’s first foray into corruption started in 1992. During then, he describes how he was involved in the corruption to give France the 1998 World Cup. Blazer also was involved in bribery for broadcast rights for five Gold Cups from 1996 to 2003 and to make South Africa host for the 2010 World Cup. He explains:

“During my association with FIFA and C0NCACAF, among other things, I and others agreed that I or a co-conspirator would commit at least two acts of racketeering activity. Among other things, I agreed with other persons in or around 1992 to faci]itate the acceptance of a bribe in conjunction with the selection of the host nation for the 1998 World Cup.”

Beginning in or about 1993 and continuing through the early 2000s, I and others agreed to accept bribes and kickbacks in conjunction with the broadcast and other rights to the 1996, 1998, 2000, 2002, and 2003 Gold Cups. Beginning in or around 2004 and continuing through 2011 , I and others on the FIFA executive committee agreed to accept bribes in conjunction with the selection of South Africa as the host nation for the 2010 World Cup. Among other things, my actions described above had common participants and results.”

The key to his testimony is that this possibly implicates UEFA President Michel Platini into the scandal due to his involvement in the 1998 World Cup. Platini hasn’t been implicated by name and it’s unknown whether or not Blazer was talking about France or Morocco (the other country bidding for ’98 WC host) but Platini was a high ranking member of the 1998 French organizing committee to host the World Cup.

EDIT: Grant Wahl has reported that Blazer was taking bribes from Morocco for the 1998 World Cup host and not France. So Platini may be fine after all.

Important to note the bribe Chuck Blazer pled guilty to taking for WC98 came from Morocco, which lost out to France as the tournament host.

Blazer also explains the critical details that give the United States Department of Justice, the FBI and IRS jurisdiction to investigate. On taking bribes and transferring money:

“I and others agreed to use e-mail, telephone, and a wjre transfer into and out of the United States in furtherance of the scheme. Funds procured through these improper payments passed through JFK Airport in the form of a check.”

The last five pages are rather redacted so it’s tough to discern what was talked about but it seems like we have some info to talk about and extend the scandal to different branches of the soccer world. Platini now may have to answer questions and may be implicated. Ironic since he’s made it quite known that he has been against FIFA’s corruption over the past week and called for Sepp Blatter to resign as FIFA President. Blatter didn’t resign for Platini but did eventually resign yesterday.