Rayo Vallecano wanted to give back this year and they did so through their new kits this year. The team designed two kits for the 2015-16 La Liga season to raise awareness and raise money to charities devoted to eight different causes meant to “support the unsung heroes of society.” 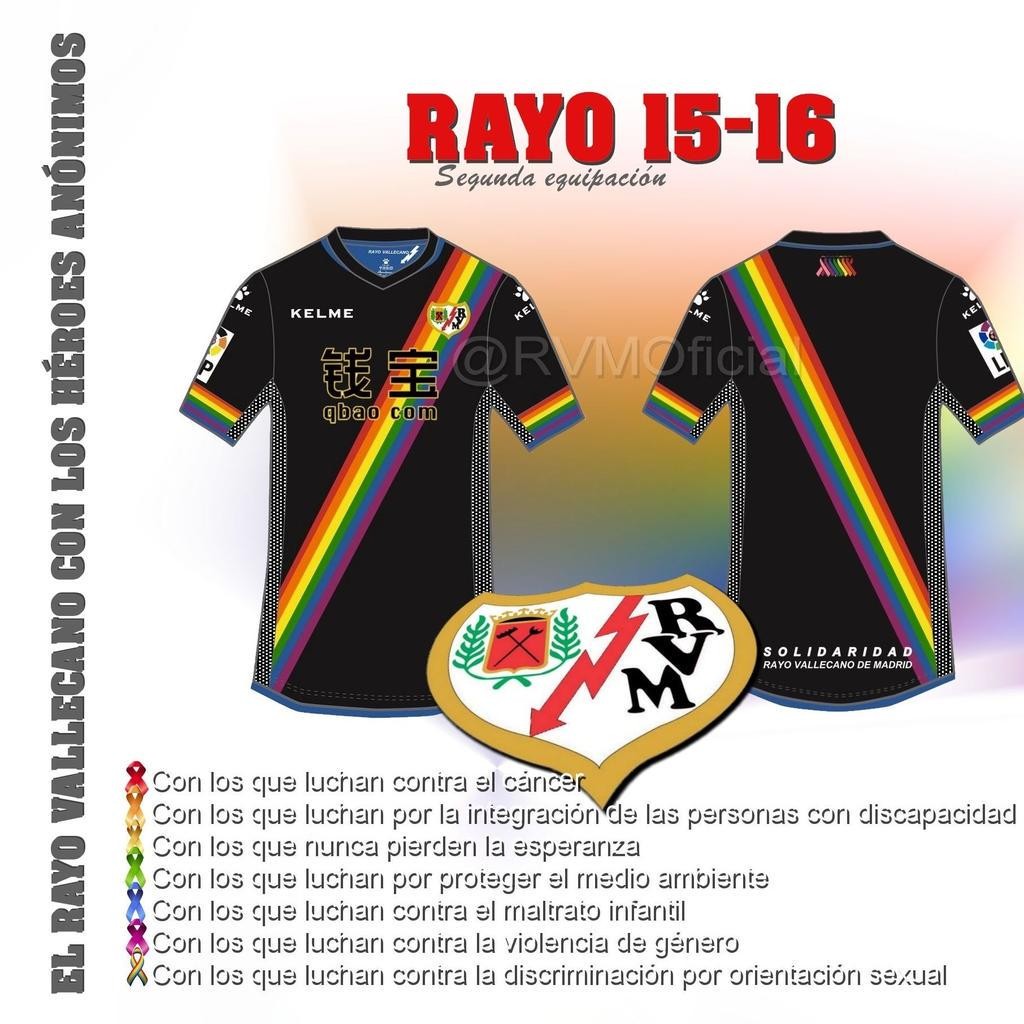 For their away kit, Rayo Vallecano has a black kit with a rainbow stripe with each color representing a charitable cause while the completed rainbow symbolizes those fighting against homophobia. Colors on the kit correspond to the following cause:

For each kit sold, the team will donate a Euro ($1.10 US) or seven Euros ($7.70 US) for each kit to seven different charities who fight for one of those causes.

In addition, Rayo Vallecano’s third kit is a gray kit with a diagonal pink stripe to symbolize those fighting cancer. For each kit that’s sold, the team will donate five Euros ($5.50 US) toward a charity fighting against cancer. 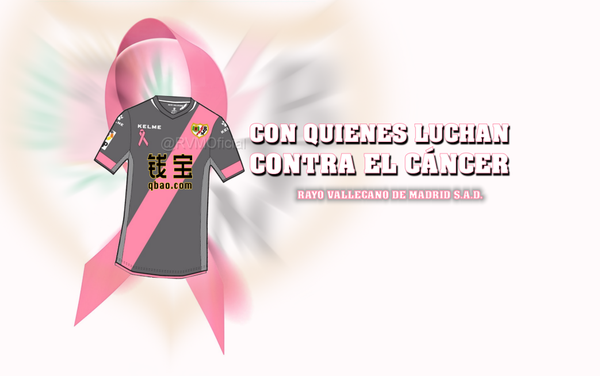 This is a very nice and noble gesture for a soccer team. Rayo Vallecano is not only promoting awareness to so many great causes and recognizes those who may have been forgotten that makes this world a great place, but they’re also putting their money where their mouth is by donating with each kit sold. Way to be innovative with designing some great looking kits while helping to give back.