Since taking over at on January 4th, Zinedine Zidane’s Real Madrid are undefeated with a point total of 17 from a possible 21 (or 2.43/game). That form would have them in 2nd place with 61 points if it had been for the entire season. Their form is even more incredible when you look at their goal differential from those games, which was +18. Those are some really good numbers for a team that sacked its manager last month. What has lead to this change in fortunes for arguably the biggest club in the world? 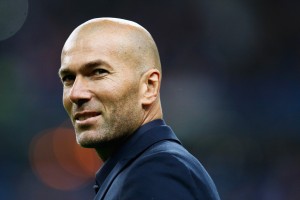 PARIS, FRANCE – MARCH 26: Former French international, Zinedine Zidane walks on the field prior to the International Friendly match between France and Brazil at the Stade de France on March 26, 2015 in Paris, France. (Photo by Dean Mouhtaropoulos/Getty Images)

First and foremost, we have to look at the obvious. The fixture list for Zidane’s first games in charge could hardly have been kinder. Of the seven teams played in La Liga, only one was in the top half of the table (Athletic Bilbao in 8th) and the average table position of teams was 11th. While I’m not saying that these games were gifted to him, it certainly is a kind fixture list to start with. There was even a lack of fixture congestion, with an average of 7.33 days between games. When looking at how the fortunes of Real Madrid have changed, this needs to be taken into consideration.

Another look has to be given to the players themselves. While they were by no means struggling under Benitez, except by Real’s own lofty standards, they weren’t playing as well as they could. There certainly is a difference now. The famous “BBC” — Benzema, Bale, and Cristiano — is on fire. In the seven league games since Zidane has taken over, the BBC has scored 19 goals. That’s an incredible goal count. Most importantly, Ronaldo has started playing up to his ability and accounts for 8 of those goals. While this can be drawn back to the weakness of the competition, you can only beat what is in front of you and the players clearly are playing with a greater degree of freedom. 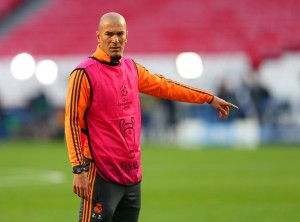 LISBON, PORTUGAL – MAY 23: Assistant coach Zinedine Zidane of Real Madrid points during a Real Madrid training session ahead of the UEFA Champions League Final against Club Atletico de Madrid at Estadio da Luz on May 23, 2014 in Lisbon, Portugal. (Photo by Alex Livesey/Getty Images)

This brings us to the most important factor that has lead to the return to form for Real Madrid. Everyone at Madrid respects Zidane. They respect him for his playing days with the club, being one of the greatest players ever to kick a ball, and his stature as a club legend. Benitez never received this respect. From Day 1, the fans were on his back and the players disrespected him in public. It was a horrible scenario for a manager and was clearly never going to work out. Just like how a rowing team needs everyone rowing in sync to be successful, a club needs everybody rowing in the same direction to do well. Instead, you had some players refusing to contribute, with some almost actively rowing in the opposite direction. Under Zidane, this has changed significantly.

The fact that the club feels like a more cohesive unit — the fans, the manager and the players — is the biggest change for Real Madrid. While you can’t say it’s entirely down to something Zidane has done, but rather what he represents, it doesn’t really matter. Real Madrid are in great form and the fans are happy. The big question, whether this is just down to “new coach euphoria” or genuinely good form, has yet to be answered however. Then, and only then, will we see if Zidane’s actions have changed Real Madrid or if it was just Zidane’s aura. For the time being, I doubt Madrid fans care.