Seemed like Jurgen Klopp had some competition when it came to the Liverpool manager job. Liverpool received an application from someone touting his own achievements as a manager. In just four seasons, this applicant managed Portsmouth from League Two to winning the Premier League as well as winning the Champions League. That sort of achievement should be able to get you any managerial job out there. If only that happened in real life and not in FIFA 15, maybe that would be the case.

Now obviously this person wasn’t really expecting the Liverpool or even any sort of response back from the team. It turned out that this person actually received a letter from Chief Executive Ian Ayre. It’s a stock rejection letter but it’s a pretty nice gesture from the team. 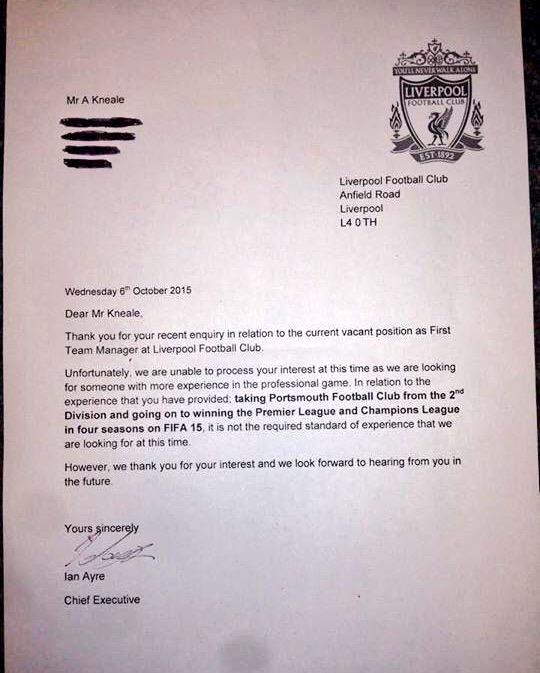