Manchester United’s home and away kits for the 2016-17 season were leaked earlier this year featuring an updated design on the traditional red home kit and an homage to their first European Cup in 1968. Now their third kit has been released and it appears they are going experimental with it. Footy Headlines has the scoop and United is going primarily white with this new kit. 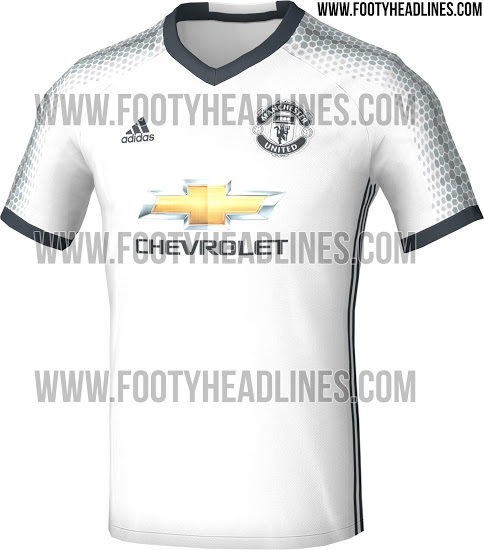 The great thing is the experiment works. While many new age designs have been hit and miss recently, this plus the away kit are two of the best looking United kits that I have seen in years. Adidas and Manchester United were able to create a minimal and effective look as well as blend in the Chevrolet logo, which we have seen in the past, is a tough thing to work around.

As Manchester United have some uncertainties right now with their manager situation and their battle for their European status, at least they will be in some good looking kits next season.