In an update to a story from only two days ago, Toby Alderweireld has completed his move to Tottenham.  He has signed a 5 year contract with the London club. The £11.4m move may be completed, but this may not be the end of the story. As mentioned in our previous story, Southampton may now sue Atletico Madrid over the loan contract they had last season with Atletico Madrid that contained a buyout clause for Alderweireld. More on that in the linked article above.

SIGNED: We are delighted to announce the signing of @AlderweireldTob from Atletico Madrid. #WelcomeToby pic.twitter.com/CTThyOs7V7

As for Alderweireld, it is expected he will link up with friend and Belgian National Team teammate Jan Vertonghen. As Vertonghen is most naturally a left-sided defender, Alderweireld will slot into the right of central defense. This is a great move for Alderweireld, as he was clearly surplus to requirements at Atletico. At Spurs, he will, and should, be a nailed on starter. At the age of 26 (young for a defender), Alderweireld will be given a great platform to grow.

Finding a consistent, top quality partner for Vertonghen was a problem for Spurs last season. After a successful loan spell at Southampton, Alderweireld could be the long term answer. He definitely reminds me of his new partner, Vertonghen. He is strong, forward thinking, and isn’t shabby on the ball. Both can play fullback on their respective sides of defense, as well. A great move for Spurs that could shore up their defense. 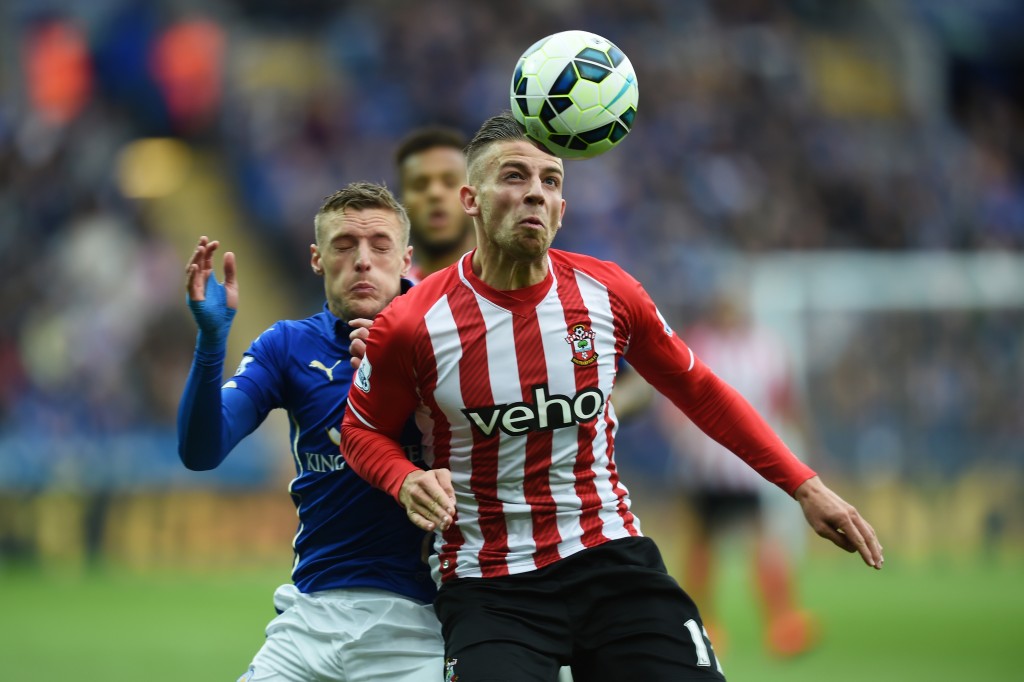 LEICESTER, ENGLAND – MAY 09: Toby Alderweireld of Southampton holds off Jamie Vardy of Leicester City during the Barclays Premier League match between Leicester City and Southampton at The King Power Stadium on May 9, 2015 in Leicester, England. (Photo by Michael Regan/Getty Images)

This is also a good deal for Atletico Madrid, who only expected to get £6.8m but are now getting nearly double that. All that for a player they were clearly looking to move on. The only potential downside to this deal is that they may face a lawsuit from Southampton. Honestly, the only party in this move that should feel aggrieved is Southampton, who really pushed hard for the player.

It is yet to be seen whether Southampton will go through with their legal threat. We’ll keep our eyes on this story if anything new develops.