After two months and approximately £860 million spent (from EPL teams alone), the Summer transfer window is shut for the next four months. Some teams got their business done early, some held out to the last minute and some did both. Either way, this may come down as one of the most memorable transfer windows ever. As with anything like this, there must be winners and losers so here are those teams who helped themselves and those who didn’t.

Winners (in no particular order)

Swansea went and got their signings done early. When the Summer transfer window opened on July 1, Swansea finished four deals on the first day, including a free transfer for Andrew Ayew. £3.5 million for Franck Tabanou and £5 million for Eder. When all was said and done, Swansea had their players playing and training for the team for the past month and already have a leg up on the competition. Not only that, but they also didn’t need to be stressed out in having to sign someone on the last day of the season. Swansea is sitting pretty as they are pushing for a Europa League run.

For a midtable team who’s historically cash strapped, Crystal Palace really splashed the cash this Summer. Palace only got four players, but those players will be a tremendous impact with the team. Yohan Cabaye in the midfield, as well as Connor Wickham and Bakery Sako up in the front, it’s not a fluke Palace is still 2nd in the table. They’ll inevitably drop spots because they have hardly any depth but this is a team who is knocking on the door and is all the more willing to ruin dreams of the top teams (just ask Liverpool and Chelsea). 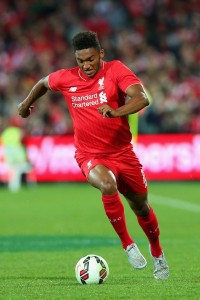 during the international friendly match between Adelaide United and Liverpool FC at Adelaide Oval on July 20, 2015 in Adelaide, Australia.

Speaking of Liverpool, I was hesitant to put Liverpool here because they haven’t had the best transfer windows under Brendan Rodgers. Their transfer dealings got huge publicity as Raheem Sterling kept trying to force a move, and eventually did to Manchester City. They used that money to get Christian Benteke as well as get Roberto Firmino, Nathaniel Clyne, Joe Gomez, Danny Ings and James Milner. So while Liverpool weren’t active on the final day and sold one of their best young players in a rather public fashion, they got great players in return and they got rid of those players who didn’t quite work out with the team (Balotelli, Lambert, Borini, Johnson, Enrique). This is an important window for Brendan Rodgers because his job could very well be on the line if this doesn’t work out.

The rich get richer so to say. The early, and current, Premier League favorites went into the market with a very specific need to win trophies and maybe finally make a run in the Champions League. They paid around £44 million for Raheem Sterling from Liverpool and activated the £8 million buyout clause for Fabian Delph from Aston Villa back in July. Closer to the deadline, City stocked their already phenomenal back line with Nicolas Otamendi from Valencia as capped their Summer with Kevin De Bruyne from Wolfsburg.

West Ham worked Deadline Day like Leonard Bernstein worked the New York Philharmonic. On the final day of the transfer window, West ham got winger Michail Antonio from Nottingham Forest, forward Nikica Jelavic from Hull, Victor Moses on loan from Chelsea and Alex Song on loan from Barcelona along with Angelo Ogbonna from Juventus, who has proven to be a great addition to the team already. There were concerns about depth after having to start their season a month earlier than everyone else. This could be enough to help West Ham break into the top ten and tread water in the midtable before focusing on a European run next season.

Losers (in no particular order)

I have to give Manchester United some credit, they got some great players this transfer window. Memphis looks like he could be a potential world class player and Matteo Darmian has really made a great start on the back line and is already arguably United’s best player back there. And I’m not even mentioning Bastian Schweinsteiger, Morgan Schneiderlin and Sergio Romero. But… United will be judged on their disastorous Deadline Day screwup with Real Madrid on the sale/purchase of David de Gea/Keylor Navas. Regardless of who was in the right and who was in the wrong or both were in the wrong, this was a PR disaster. Not to mention United overspending on teenager Anthony Martial. Don’t get me wrong, Martial could be a great player but that is a lot to spend on a 19 year old. Lot of pressure to put on a 19 year old.

If Manchester United hadn’t messed things up Monday, everyone would be talking about the Saido Berahino saga at West Brom. After rejecting multiple offers from Tottenham and rejecting transfer requests, everything came to a head Tuesday when Berahino tweeted this:

Sad how i cant say exactly how the club has treated me but i can officially say i will never play Jeremy Peace.

West Brom Chairman Jeremy Peace wrote his views on the ordeal and said, “We have a key player who has been very unsettled by antics which were designed to get him out of our club cheaply.

“Those tactics have continued despite my making our position clear in my first conversation with Daniel Levy on this subject in mid-August. Saido has been unsettled to the point where our Head Coach has not felt able to select him for our last three games. We are now left with the task of repairing the damage created by this unfortunate episode.”

Tottenham had tried to sign players before the deadline but everything seemed to go wrong for them on Deadline Day. Sure they signed Son Heung-min from Bayer Leverkusen but there just seemed to be something missing and definitely not the moves to inspire confidence if Tottenham wants to go for a top four spot.

Everton’s big contribution to the Summer transfer window was the move they didn’t make, by repeatedly turning down Chelsea multiple times as they tried to buy John Stones, Everton’s star defender. Everton held to their word by turning down offers of upwards of £40 million. This is a big decision that could backfire in their faces. But if they can get Stones’ head back into it and get better over the next year, the team could be getting more money. Judging the move right now, Everton should’ve pulled the trigger and gotten the money to fill the holes of the squad. 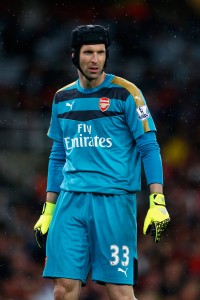 LONDON, ENGLAND – AUGUST 24: Petr Cech of Arsenal looks on during the Barclays Premier League match between Arsenal and Liverpool at the Emirates Stadium on August 24, 2015 in London, United Kingdom. (Photo by Julian Finney/Getty Images)

Arsenal’s summer has been a conundrum. On one hand, they got Petr Cech for just £10 million and solidified their goalkeeper situation. On the other hand, Arsenal didn’t get anybody else. With other teams around them spending money and strengthening their teams, Arsenal sat back once again. Arsene Wenger has had a history of being hesitant with splashing the cash. They did it some of the time with Mesut Ozil and Alexis Sanchez as notable examples but they just didn’t make their team better enough to fight for the top spot. But as a result, they didn’t overspend on talent or stay in the press for having players try to force moves and get anyone who could disrupt the team. Arsenal s stable and that in a way made the Summer a success.