Another highly entertaining day in the UEFA Champions League is in the books and we’re getting spoiled at all the great action throughout Europe. Goals upon goals and upsets upon upsets ruled the day.

It looked as if Barcelona was going to lose to Bayer Leverkusen. After an early goal by Kyriakos Papadopoulos, they were doing a great job keeping the Messi-less Barcelona scoreless. That was until just 10 minutes left in the game. Sergi Roberto and Luis Suarez scored in the 80th and 82nd minute to equalize and take the lead 2-1 over Bayer Leverkusen. The result saved them because if they had lost, Barcelona would have been third and behind BATE Borisov.

It was the biggest loss in terms of score and while the result wasn’t shocking, Dinamo Zagreb wasn’t able to keep things close and Bayern took over. At least for Zagreb, they have the win over Arsenal but are now hurting in goal differential as they’re tied with Olympiakos.

This result could’ve been even worse. BATE was up 3-0 at halftime and were dominating against Roma in a very shocking way. Roma was bringing the game back and brought it to 3-2 but could not provide an equalizer. The Serie A runners up needed to beat BATE to have a chance to overtake Barcelona or Bayer Leverkusen and couldn’t do it. It’s an uphill battle for Roma to advance.

Come on Arsene! I realize this is only Fall but where’s the heavy coat with the unzipperable zipper? I expect to see that jacket when Winter comes. 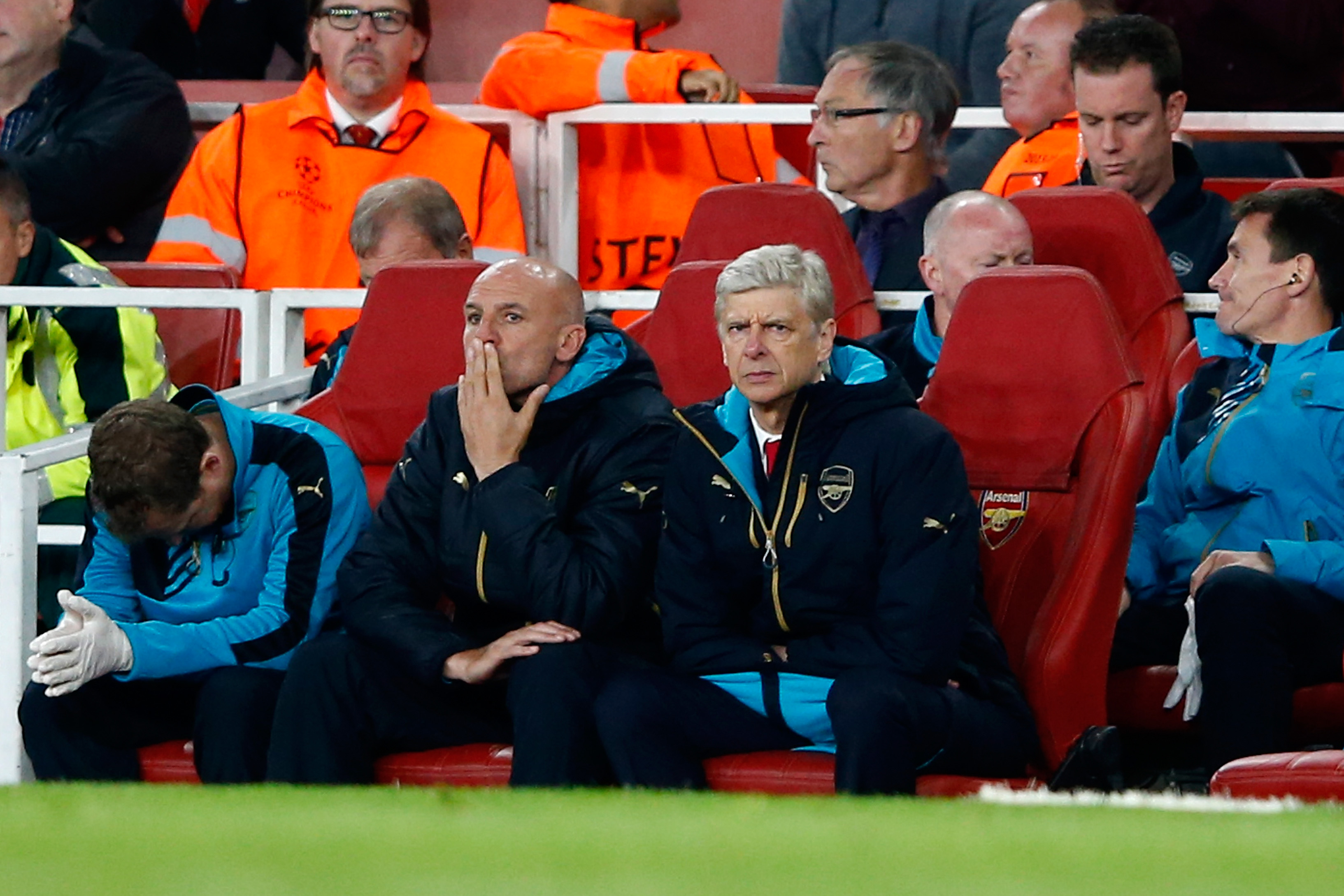 during the UEFA Champions League Group F match between Arsenal FC and Olympiacos FC at the Emirates Stadium on September 29, 2015 in London, United Kingdom.

Is it possible for England’s coefficient to deteriorate so rapidly that its fourth team doesn’t even even play in the next #UCL matchday?

The reason why this goal was the best of the day was because of how Lewandowski got the ball when he shot. The ball bounced right as he was about to take the shot. More often than not, that ball sails way over the net and deep into the stands. Lewandowski miraculously kept the ball down and scored his second goal of the day. He would wind up getting a hat trick and have 10 goals in three games, all within the span of a week.

Team In Most Trouble After Matchday 2: Arsenal

One only needs to look at the Group F table to see that Arsenal is in trouble. Arsenal has zero points and Olympiakos and Dinamo Zagreb are locked tight in 2nd with three points. Forget about Bayern Munich, Arsenal needs to find a way to get past those two teams and Arsenal has already lost to both of them once. They are in a deep hole to move on.