Now that preseason has begun for many of our favorite teams, it is time once again to begin getting excited for the new season. That said, there is always a danger lurking in preseason. Most sports have a preseason, but many who are new to our beautiful game will find it oddly different. It’s a confusing, exciting and sometimes downright depressing time for many fans. That’s why we at 32 Flags are delivering some tips to make it through your preseason tours with sanity intact. Maybe, you’ll even come out with some extra insight on your team. 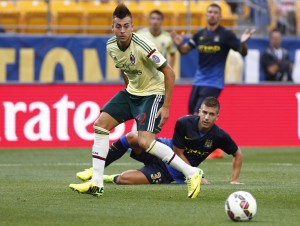 First up, DO NOT READ TOO MUCH INTO ANYTHING. Seriously. You’ll drive yourself insane. Yes, your team beat the Mongolian best XI by six goals, you will not be playing that team every week. You’re most likely not nailed on to win the league off the back of that performance.  Preseason can be a great confidence builder for the team and its fans, but seriously, don’t get too excited yet.

That being said, IT’S NOT ALL DOOM AND GLOOM. Preseason might not have gone according to plan. You might have even drawn or lost most of the friendlies. This doesn’t mean your team is destined for relegation. I mean, they might be, but if they do relegate, it wasn’t solely because of a bad preseason. 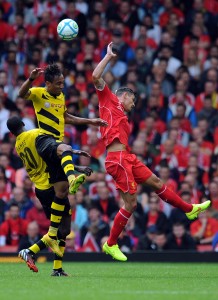 Going along with the above thoughts, DON’T BASE YOUR OPINIONS ON NEW PLAYERS COMPLETELY OFF OF PRESEASON. Preseason is an exciting time because it is your first view of that flashy new winger or the new defensive rock at the back in the squad. For many fans, it will be the first time that many see these players at all. This can leave many prone to base their opinions on the players on the first few friendlies. This is flawed thinking. There are many factors that can lead to a successful or unsuccessful preseason. How well do they mesh with their new teammates? How easy are the opponents? Was there a summer tournament? How good is their hair? Sometimes, it’s just dumb luck. Good or bad, it’s safe to say, there’s more to players than preseason. Heck, this guy had a great preseason and look at how his season turned out.

Now, this isn’t to say that preseason is totally worthless for fans. You can actually learn a lot the tactics and style of play that the manager wants to use next season. LOOK FOR PATTERNS during the game or over the course of the games. Look at the general area that a player is being used in. Is the team going all out attack and then retreating and playing very defensively? Coaches will often tell their players to play a certain way for an amount of time and then switch to another style. They do this to work on strategies for the upcoming season. They will usually try to work on perceived weaknesses from the previous season. By looking at the things that your team is doing over and over again, you can get a preview into how your team will play next season.

When you get down to it, PRESEASON IS ALL ABOUT NUANCE. Winning is always important because it breeds a winning mentality, but it’s the little things that are important here. It’s a team-building trip for the players and a warm up to the season. You can learn a lot about the team and the personalities. 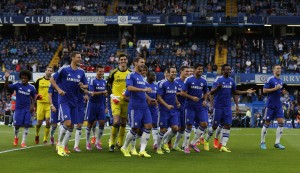 LONDON, ENGLAND – AUGUST 12: The Chelsea squad are introduced to the fans before the pre-season friendly match between Chelsea and Real Sociedad at Stamford Bridge on August 12, 2014 in London, England. (Photo by Steve Bardens/Getty Images)

All that being said, however, GO NUTS. Seriously. If you want to lose your mind because your team beat that Mongolian XI, go for it. Soccer might be the beautiful game, but it’s still a game. If you can’t enjoy yourself watching or talking about it, why bother? Preseason is a crazy time. It can tell you a lot about your team, but it’s also a time to just enjoy yourselves. The team will be.

I hope this helps you get the most out of your team’s preseason. I know I will be tuning into every game I can of [TEAM REDACTED]’s tour. [TEAM REDACTED] is totally winning the league this year.