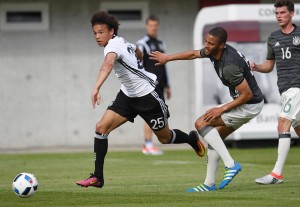 ASCONA, SWITZERLAND – MAY 26: Leroy Sane (L) of Germany vies with Malcolm Cacutalua of Germany U20 during a friendly match as part of their training camp on May 26, 2016 in Ascona, Switzerland. (Photo by Markus Gilliar – Pool/Getty Images)

With the Euros almost here, players will be hoping to make their big break on the international stage. Here are the five players who will be looking to use Euro 2016 as a springboard for the rest of their careers:

Leroy Sane has had an incredible breakout season for a 20-year old attacking midfielder. With a hand in either scoring or assisting 16 goals this season, he is going into Euro 2016 with the chance to make a big move. Several Premier League clubs are circling, notably Liverpool and Chelsea. Even beyond that, though, Sane has the opportunity to take the mantel of Golden Boy if he can continue to progress as he has. That’s incredibly impressive in a team filled with Muller, Gotze, and Ozil. 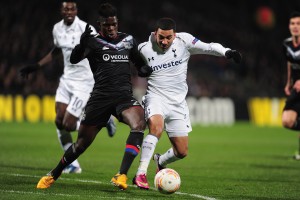 Not just a funny name anymore. With the injury to Raphaël Varane and the, now ended, suspension of Mamadou Sakho, there is a spot in the Euro 2016 French squad that Umtiti would never have had the opportunity to dream of. If he can beat out the shaky Eliaquim Mangala and Laurent Koscielny, the 22-year old Lyon defender can find himself in the starting line up of the second biggest tournament that European countries compete in. If he performs well, that spot in the French squad is his for the taking.

Yannick Carrasco impressed everyone with his showing in the Champions League final. Able to operate on either winger or centrally, Carrasco will be linking up with any combination of Romelu Lukaku, Eden Hazard, Divock Origi, and Kevin De Bruyne. That line up has the potential to be deadly, and when you add into the equation that Carrasco can score a goal himself, we can start to see the full picture. Already at a big club, Atletico Madrid, Carrasco has the opportunity to force his way into a packed Belgium team with a good showing at Euro 2016.

Raul’s replacement for years at Real Madrid, it wasn’t until he moved to Juventus that his potential began to show to the rest of the world. Now, we find a Spanish national team going to Euro 2016 with a shocking dearth of out-and-out strikers. For a nationality that at one time boasted David Villa and Fernando Torres in their primes, this is an incredible chance for a player of Morata’s style. Could this tournament be the making of the next great Spanish striker? 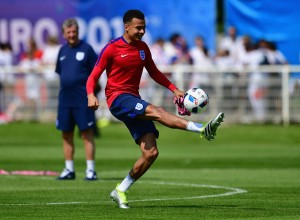 CHANTILLY, FRANCE – JUNE 07: Dele Alli controls the ball as Roy Hodgson manager of England looks on during an England training session ahead of the UEFA EURO 2016 at Stade du Bourgognes on June 7, 2016 in Chantilly, France. England’s opening match at the European Championship is against Russia on June 11. (Photo by Dan Mullan/Getty Images)

The only reason Alli is listed this low is because his inclusion on this list should not be a surprise. Seriously, he has been one of the breakout players of the Premier League season, and he will be expected to extend that to Euro 2016. In a midfield made up of plenty of endeavor, with just enough technique, Alli will be competing with Rooney for that spot right behind the strikers. If it were any other manager than Hodgson, he’d already starting most games for England. With Rooney not getting any younger, this could be the tournament that settles that role for Alli for the next generation.