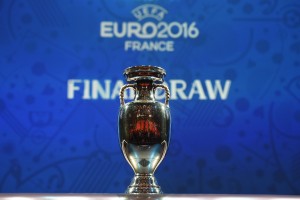 As the title says, get ready for a slow June, as the Euros rumble on. While the tournaments may be exciting, transfer links are about to become one of two things: scarce or odd. There will undoubtedly be a scarcity of legitimate links, aside for situations when scouts are spotted at matches, and the odd ones will be almost certainly made up to drive sales.

But why is this the case? The Copa America Centenario isn’t having the same affect, with several potential moves being touted even while the tournament still rages. For one thing, many of the National teams in the Americas aren’t taking the Copa America Centenario very seriously. They won’t for a few years, since some countries (not naming any names) are viewing the tournament as a bit of a cash grab. Once the tournament has a few runs under its belt, as well as the proposed merger with the Gold Cup, it will be taken a lot more seriously. Until then, it will have a similar affect as the Euros. 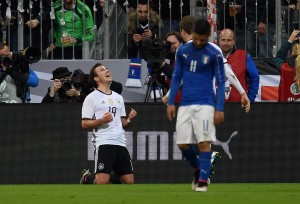 MUNICH, GERMANY – MARCH 29: Mario Gotze of Germany (L) celebrates after scoring the second goal during the international friendly match between Germany and Italy at Allianz Arena on March 29, 2016 in Munich, Germany. (Photo by Claudio Villa/Getty Images)

The reason that there is such a slow down for the Euros is a combination of two factors: the prestige of the competition and how it affects three different types of players. First is the player who takes their National Team very seriously. This can be seen in a player like Mario Gotze. By many accounts, including himself, he is delaying a decision on a transfer until after the Euros. This parrots his national team manager’s own feelings on the matter. Mario Gotze is only one example, with many players deciding to focus on their performances in the Euros out of a sense of national pride.

Another type of player will be focusing because this could be their only shot at nailing down a spot. These tend to be players that either are coming off of a really good season and know that they might not get another shot at a season like that or come from countries stacked for talent in their position, like a Germany for midfielders or an England for strikers. The second exmaple is particularly prevalent this season because of one Jamie Vardy. As incredible as Vardy was this season, he will be 30 next year and this was his first incredible season. He may never get another shot to represent his country at a massive tournament. By the time the World Cup rolls around, he will be nearly 32, competing with Harry Kane and Daniel Sturridge (and any young prospects who arise in that time), and possibly having not followed up the 2015/16 season with another incredible run. That means the Euros are his big shot to do something in an England kit. It also means he is delaying his decision over whether to transfer to Arsenal or not. 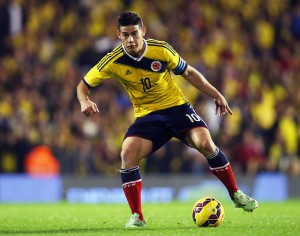 LONDON, ENGLAND – NOVEMBER 14: Colombia Captain James Rodriguez in action during the International Friendly between the USA and Colombia at Craven Cottage on November 14, 2014 in London, England. (Photo by Bryn Lennon/Getty Images)

The third group of players holding up the transfer market is probably the largest group. This is, of course, the players who feel the Euros is the opportunity to get a bigger deal, either with their current club or with a new one. It is difficult to tell who necessarily falls into this category until after the transfer goes through. These are the players who are either going into the Euros with short contracts or transfer interest. With a good showing at the Euros, they may add an additional £20,000 to their weekly wages. They may even get a bigger signing on fee. Of course, having a really poor tournament and they may lose interest, but it’s a good gamble to take. All one needs to do is look at James Rodriguez from the last World Cup. He went from being a very promising youth to moving to Real Madrid for £62.5m, all because he had an incredible tournament. Plenty of players will be hoping the Euros will do the same for them.

These are, of course, only a few examples, but many players at the Euros will be delaying any and all transfer talk for many of the reasons above. Because of that, we all need to strap in and hope for a great tournament. That, and ignore the transfer talk for a bit. Trust me, it’s better for your heart and sanity for the time being.