Before the playoff round started, 20 of 24 Euro 2016 spots were taken. This international break, eight teams entered in a playoff round and went head-to-head with another team in a home-and-away series whereas the winners qualify for the Euros. Now that everyone has played one leg, the second leg starts today and by Tuesday, the field of 24 will be set.

First, here are the 20 teams who have already qualified either by being the host (France) or qualified by being in the top two of their group as well as the third place finisher who got the most points compared to the other third place teams. 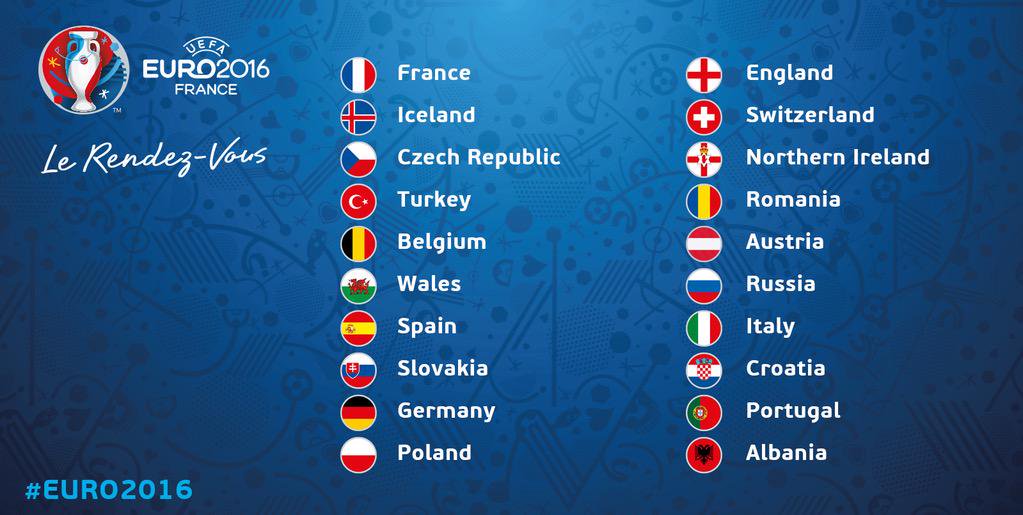 Eight teams who are still alive include Norway, Hungary, Bosnia and Herzegovina, Ireland, Ukraine, Slovenia, Sweden and Denmark. Four of these teams will join the other 20. Who will qualify?

Norway came into this as the odds on favorite to just breeze by Hungary. But Hungary channeled squashed those plans rather quickly as Laslo Kleinheisler scored a howler and Hungary defended like there was no tomorrow.

I still have to put Norway as the favorites. Yes, Hungary has the critical away goal but if Norway scores one, then it’s all even again. Also, Hungary parked the bus for 64 minutes and defended mightily even though Norway should have scored a couple goals. I can’t imagine Hungary being able to do the same thing for another 90 minutes and not allow another goal.

This game is going to be remembered more for the incredible fog that rolled into the game rather than the game itself. Apparently there were two goals scored, one from each team. I’ll just have to take their word.

This has the makings of a highly entertaining second game. Bosnia and Herzegovina are the better team but Ireland has the away goal and were able to keep up with their opponents. I can see this going to another 1-1 draw and going to penalties. And then to choose the winner, I flipped a coin because that’s pretty much all you can do with predicting a penalty shootout so Ireland goes through.

If the first game is any indication, Ukraine is as good as in the Euros. They flat out dominated Slovenia and will likely go through. Ukraine’s two goals were terrific goals to watch. Just plainly turned the Slovenian back line inside out.

We could be in for a shock, but this looks to be all Ukraine. Slovenia looked overpowered and it’s likely going to be more of the same.

Sweden and Denmark, on paper, looked like the most competitive matchup of the four. The two teams were relatively even and could be able to make a game of it. A great one touch goal by Emil Forsberg and Zlatan Ibrahimovic penalty kick sealed the deal, even though Denmark pulled an away goal back toward the end of the game.

That away goal is going to be a pain in Sweden’s side and I can see Denmark getting another goal and advancing. I know many will want to see Sweden go through so they can see Zlatan play in the Euros but we sometimes don’t get what we want. Denmark qualifies to round out the 24 team field.