So I did okay in the Quarterfinal round. At least, 50% isn’t too bad, considering how unpredictable this tournament has gone. With the Semifinal matches only a few hours away, we’re going again with predictions for the matches. This time, I’m upping the ante and getting even more precise in my predictions. Get ready, I’m swinging for the fences: 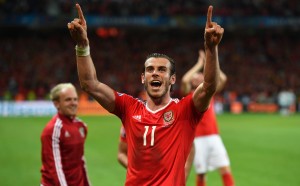 Of the two semifinal matches, this is the one that will excite neutrals the least, and for good reason. Portugal have played in some of the most boring games in living memory this tournament, and it seems like teams have been playing to their level. They just keep chugging along. That being said, maybe this is the game that they finally get beat. Wales have been on a bit of a run themselves, and they’ve played fine to get the semifinals. Here’s how I see the game happening. Wales will struggle since they are missing Aaron Ramsey, but have the players to make up for his loss. Gareth Bale will get a goal around the 33rd minute, only to be followed up by a Renato Sanches goal in the 48th. Time will tick away and it will seem like Extra Time beckons, only for Joe Allen to slide a pass through to Hal Robson-Kanu for the winner in the 86th minute. Calling it now. 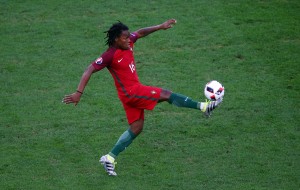 MARSEILLE, FRANCE – JUNE 30: Renato Sanches of Portugal in action during the UEFA EURO 2016 quarter final match between Poland and Portugal at Stade Velodrome on June 30, 2016 in Marseille, France. (Photo by Alex Livesey/Getty Images)

Renato Sanches – The fact that Sanches has replaced Cristiano Ronaldo as the player most likely to make something happen for Portugal is both recognition of his great tournament and rising star status and a damning look at how invisible Ronaldo has managed to be for much of the tournament. In a match that could easily be decided by the two Real Madrid stars on either side (Ronaldo and Bale), Sanches will be the most interesting player to keep an eye on as this semifinal unfolds. 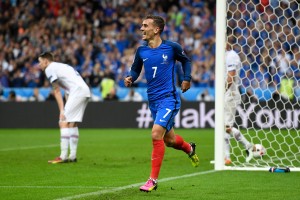 This will probably not turn any heads, but the winner of this semifinal will most likely win the Euros. These two teams have the most balanced and talented squads in the tournament. A showdown between the two would have been a fitting final. Alas, they have been matched up in the Semifinals, but we can expect a good fight, unlike the one above it. Both teams will go at each other, looking to control the game and take the initiative. The two teams may beat lumps out of each other and score loads of goals or cancel each other out for a low scoring match, but it certainly won’t be boring match. This is a tough one to call. France will open the scoring through an Antoine Griezmann assist to Olivier Giroud before the 15h minute. They will double their lead before halftime through a Paul Pogba wonderstrike. All hope will seem lost until Thomas Muller, who has had a so-so campaign, scores a quick goal in the 51st minute. The game opens up, with France looking to secure their lead with a third goal. They will get a little too attacking and get caught on the counter by Germany in the 77th minute. The game will go into Extra Time and seem like Penalties beckon, only for Thomas Muller to get his second of the game, bringing Germany into the final.

Antoine Griezmann – Griezmann showed in the quarterfinal against Iceland exactly why he was named the Player to Watch for that game. With two assists and a goal, Griezmann’s impact on the game could only be matched by Olivier Giroud. So why isn’t Giroud named this week? Griezmann has been performing this level the entire tournament and one can fully expect him to continue that form into this semifinal match.