About two months ago, Manchester City faced Roma at the Etihad early on in the Champions League Group Stage. With Bayern Munich projected to run away with the group, Manchester City and Roma were the de facto two teams fighting for 2nd place so their matches will be the most important. After a 1-1 draw on September 30, Roma decided to tweet this out the next day. 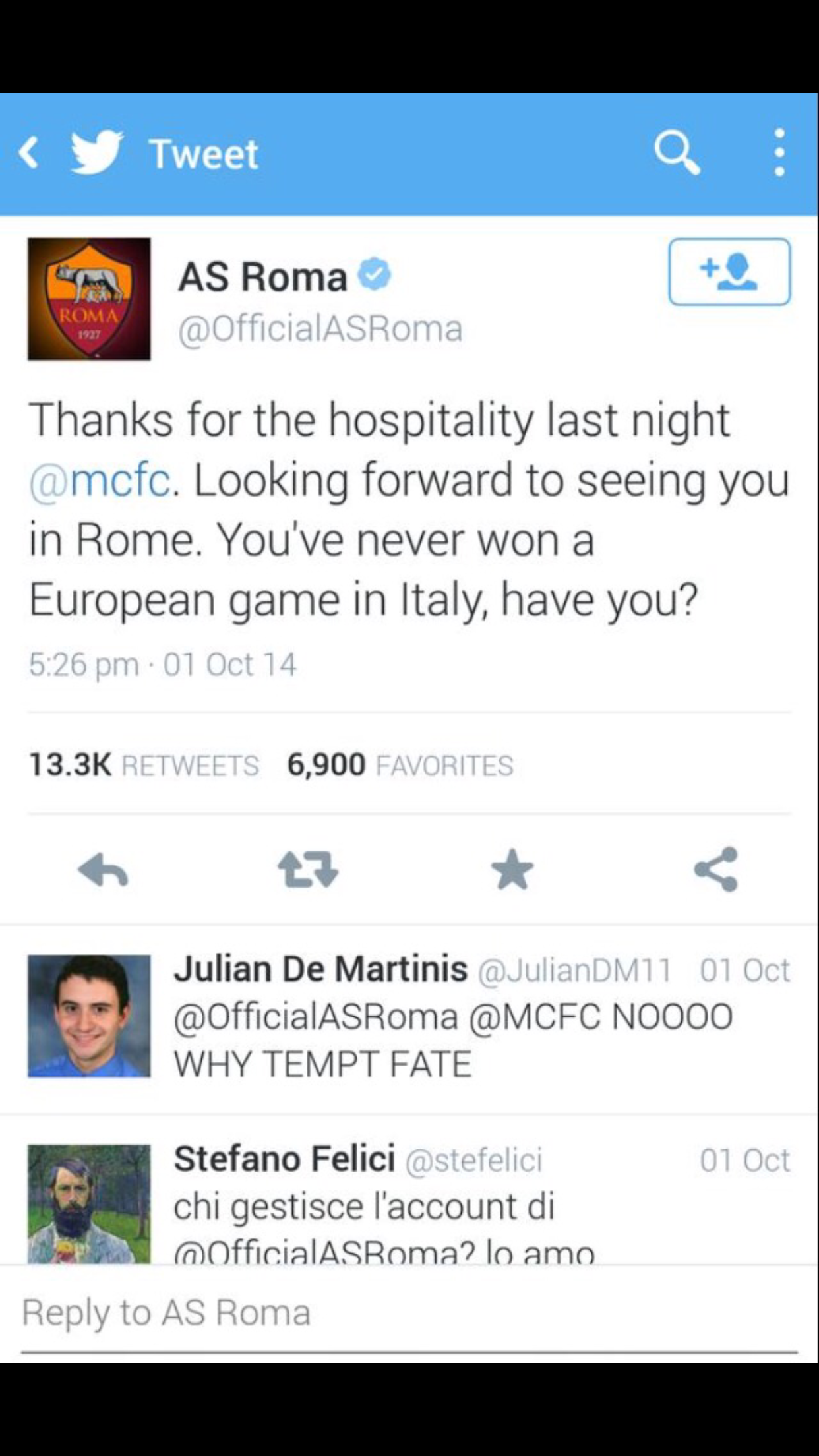 Just like many other things, this attempt at some banter would only come back to haunt Roma. Tied in points before the game, the winner of the final game would go to the knockout stage. With four of their best players out, Manchester City seemed to struggle but they broke out to a 2-0 win and moved on to the knockout stage. The tweet was since deleted at some point between the tweet being posted and today’s game. What a way for a team to get their 1st win in Italy.