In case you missed the announcement, here is Mexico’s provisional 32 man roster 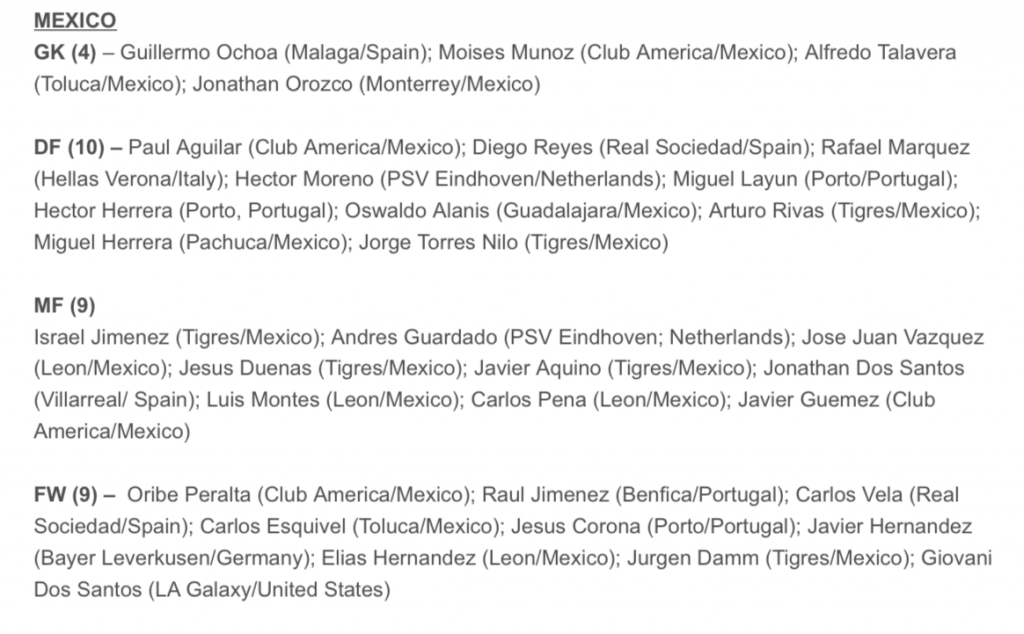 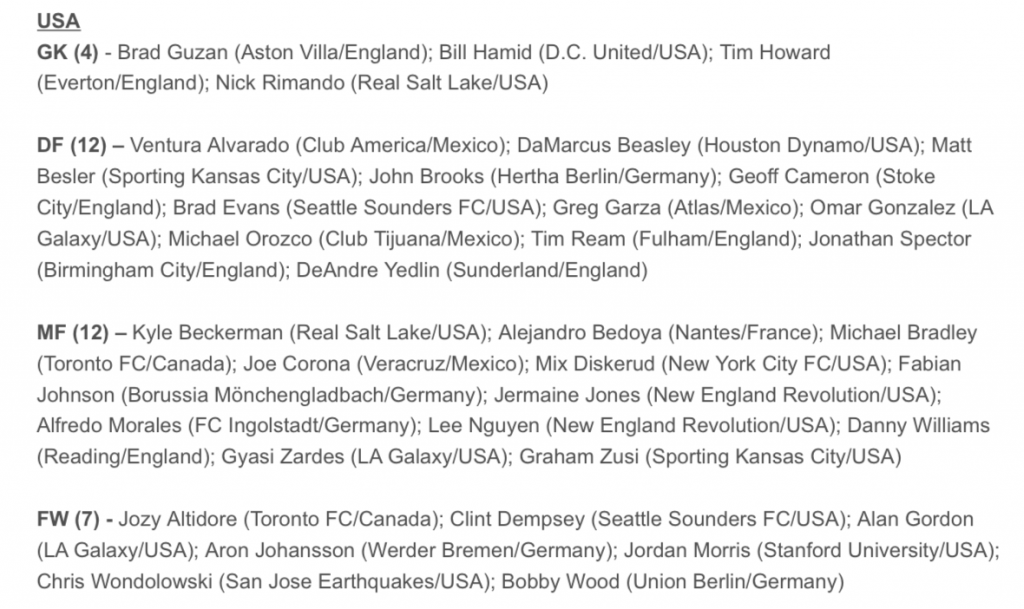 Now begins a month of endless speculation of what is going to happen at this game. We are going to join in and put out our Starting XI lineups based off the 35 players. Mexico’s team will be posted a bit later today but this is our USMNT Starting XI.

Granted, there are some people not on this 35 man roster that really should be (*cough* Feilhaber *cough*) but as a whole, Jurgen Klinsmann can find 11 players who can take it to Mexico. For our formation, we are going with a 4-4-2 diamond.

The Brad Guzan/Tim Howard debate will spice up the closer we get to this game. Howard is now back after an extended break from international play and is looking to get some starting time once again. While he may be the more talented choice, Guzan gets the nod because he has the hot hand and playing time needed for this big game. Sure, some will blame him for the 4-1 loss to Brazil but the defense was pretty laughable that it wasn’t really his fault.

The back four is going off of experience for such an important game (imagine that!). My only concern in the back line is Brad Evans. He typically plays midfield now for the Seattle Sounders so while he is going to be somewhat out of position. Having said that, he’s rock solid and is the better option out of those currently on the squad. Omar Gonzalez and Matt Besler are the great pair from the FIFA World Cup and it appeared that Klinsmann kind of given up on that tandem. Well I’m not, especially when I see the current lot Klinsmann has back there, Gonzalez and Besler can do the job. And with DaMarcus Beasley on the left, nothing needs to be said about that. In a one game playoff in a notoriously weak position, I trust DaMarcus Beasley the most out of anyone. He has the start.

It’s time to settle once and for all where Michael Bradley is supposed to be playing. He’s trying to be both a CDM and CAM and he’s clearly and obviously struggling. I like him better at CDM and he can use this to lead and bring a sense of stability in the midfield. DeAndre Yedlin and Gyasi Zardes go out to the ends because I want speed out there and I love what they’re doing. I’m a little concerned with Yedlin’s lack of game time but it’s something that they’ll just have to live with. And then Clint Dempsey goes to CAM to set up the strikers and possibly get in on the scoring himself.

As for the two strikers, it is what it is. I wish there were more reliable choices for a one game playoff like this but that’s just not happening. Altidore is about as inconsistent as a college student showing up for an early morning class and Johannsson hasn’t been on form for as long as I can remember. But, they are two of the most experienced forwards on the team and have been in some crucial moments so I’m going with them.

And there is our USMNT squad for the CONCACAF Cup. I highly doubt Jurgen Klinsmann is going to listen to us because in his mind,  we probably don’t know anything, but I think this lineup could put out a performance on one game against Mexico.